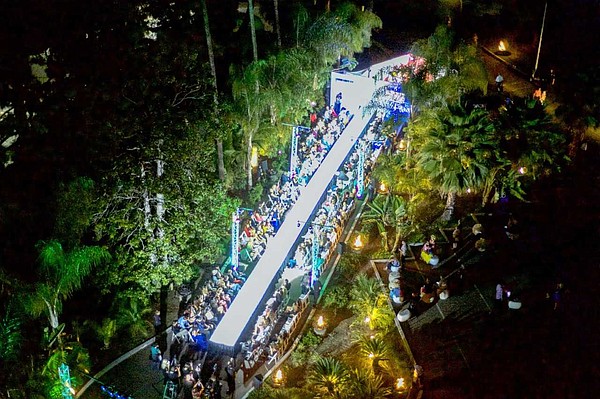 On Oct. 17, Fashion Week San Diego is scheduled to unfurl a virtual runway for a group of emerging San Diego designers. The event will be webcast live from The Luce Loft events space in downtown San Diego. It will be hosted by Jodi Kodesh, a meteorologist who reports for San Diego’s NBC affiliate station. A link to the runway show will be sent to fashion fans who pay $40 to see the show, according to a statement from the fashion-week producer.

The virtual show promises new looks from these designers, who in the past have put together everything from gowns, suiting and bikinis to humorous approaches to wedding dresses and breastplates for people who participate in cosplay or dress in costume for San Diego Comic Con, the city’s globally renowned comics, science fiction and fantasy festival. The virtual fashion show also promised to take viewers to the virtual-runway show’s backstage for designer interviews. Tickets can be purchased at https://ticketsauce.com/e/fashion-week-san-diego-2020/tickets.