Congratulations to FWSD16 Designer Gloria Gurrero for being featured in Paris Fashion Week!  Her sophisticated and sexy runway pieces stunned San Diego, and FWSD is proud to see her expand to other parts of the world!  Read all about Gloria Gurrero below. 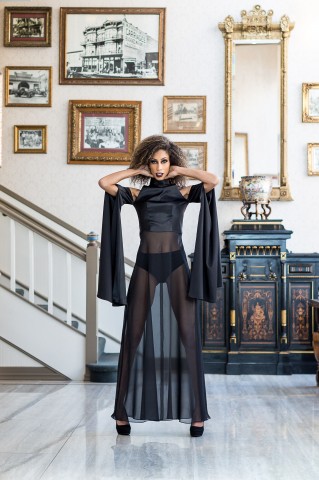 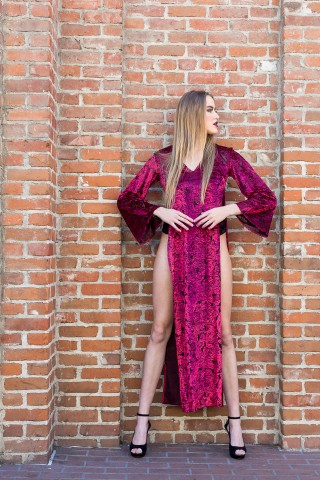 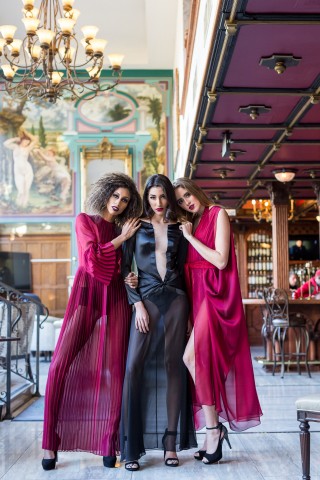 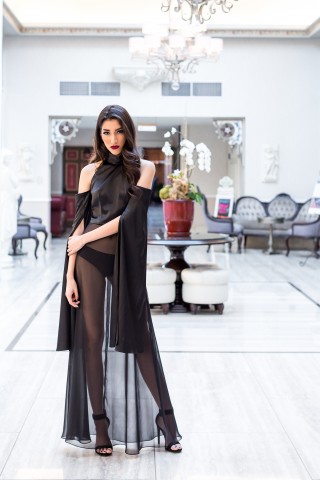 5. How do they contact you to participate in PFW- By email

6. What is the name of the collection and the inspiration? -Each year my team and I review more than 8,000 designers issuing invitations only to extraordinary designers with original concepts. Each show features 8-10 carefully selected designers. Since 2009 we have produced 85 runway shows creating opportunities for 470 designers from 49+ countries around the world. This season we have runway shows during New York Fashion Week, London Fashion Week and Paris Fashion Week.

7. What do you do in San Diego, and what shows have you gone to? – I moved to San Diego in August 2014 with my husband and my daughter. I am dedicated full time on developing my Brand “Gloria”. I have participated in different shows and competitions:

8. What was the first sensation on the day of the show (emotion, crying, etc.)? On the day of the show I had a combination of excitement and emotions running through me. First, the meetings that I attended before the show had been in locations other than where the show would be held (Hôtel d’Evreux). When I arrived at Place Vendôme, where my  hotel is located, I realized that the show would be in the same place (Place Vendôme) where there would be several shows of many designers I have admired and have served as an inspiration to me for many years (Marsion Mangela, Balmain, Comme des Garçons :).

On the other hand my sister has lived in Paris for 7 years, I had last seen her two years ago and in these last two years I have had different shows and achievements that my family has not been able to witness, so it was very special that my sister could be a part of it.

Finally, It was very exciting and emotional for me to see the models walk the runway with such confidence and grace, to see them feel so comfortable with the dresses, to see how well the fabrics moved and to see the final product totally finished. At the end, the time of the show seems very short for all the preparation that goes in the creation of my designs, but the satisfaction of seeing the final product and the public’s amazing response is a sensation that lasts just a few minutes but I will remember for a lifetime.

9. Where was the show held and who was the producer of the show? Place of the parade: Hotel Hôtel d’Evreux located in Place Vendôme

Place Vendôme is a square in the 1st arrondissement of Paris, France, located to the north of the Tuileries Gardens and east of the Église de la Madeleine. It is the starting point of the Rue de la Paix. Wikipedia