WVSH. Based out of San Diego, CA, WVSH has a signature oversized fit for urban west coast leisure. Synchronized with a touch of utilitarian surplus style from a military background, WVSH is forged from exaggerated bold prints and basic garments re-conceptualized in new cuts and silhouettes. The brand features unique pieces repurposed from vintage clothing. The company is very involved locally with ending racial injustices through protests, fundraising, and educational events.

Thanks to your donations to the FWSD Diversity Fund, WVSH will showcase an inspiring collection at the FWSD2020 Runway Shows. To support additional Designers, DONATE HERE! 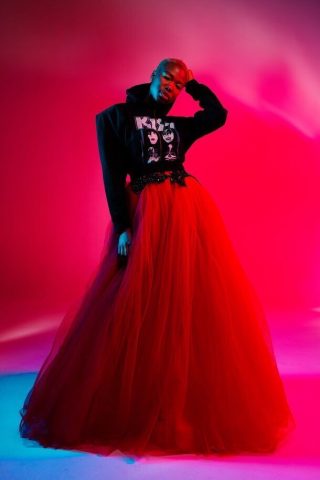 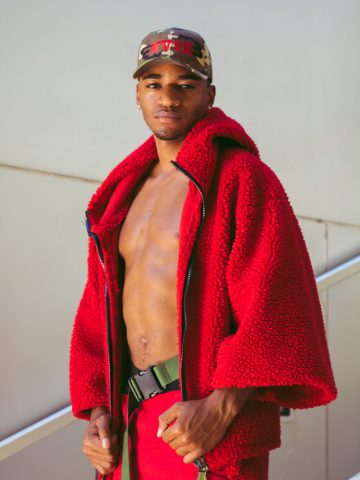 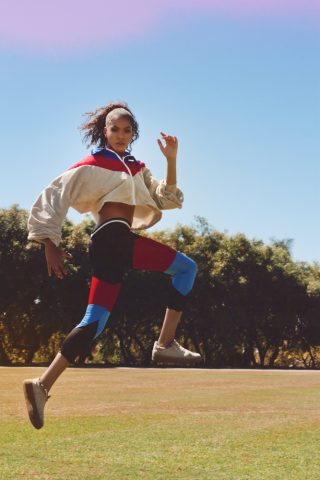 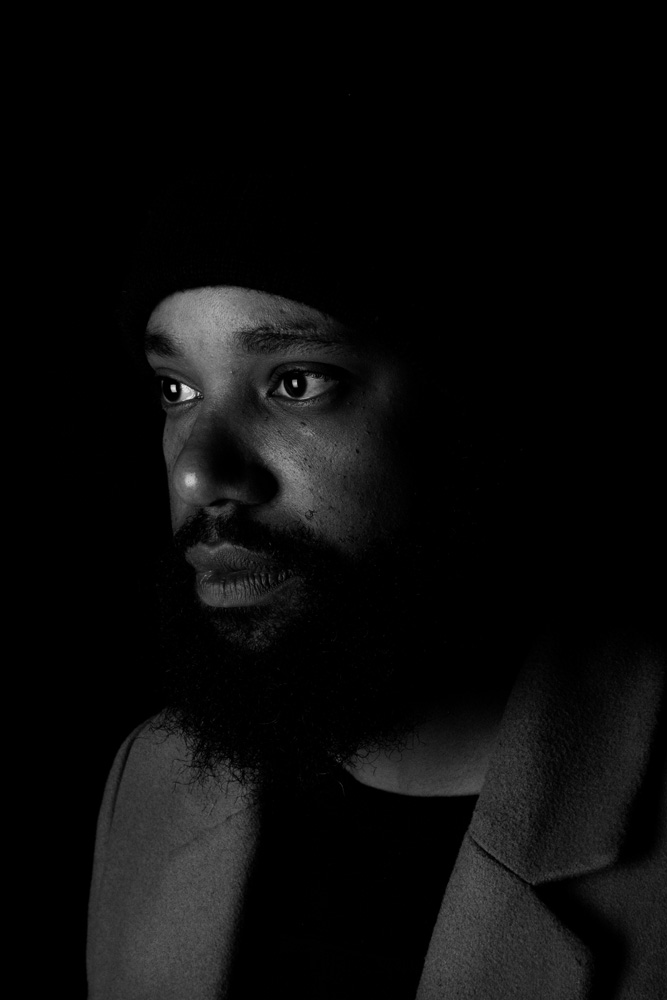 Designer Koran Fields-Cameron Biography: This is a story that starts at my birth. My mother attended the Fashion Institute in New York City when she was pregnant with me and ultimately dropped out. She moved in with my Father and although he lived a fast lifestyle of hustling, they were very much in love. One day they returned to find our house had been robbed and my father wasted no time in finding out who and why. He eventually found the man and shot him. Since he did not die, my father went to jail for attempted murder and the police seized what we had left due to his illicit activity which left us homeless until the age of 5. We lived at a shelter until we got our first place and I mostly stayed in the books. I always had a fascination with art, civil issues, and public speaking. I would speak over the school intercom, recite Maya Angelou at church, and go on to give speeches to 1000+ people by the age of 10. Life came with many more twists and turns but the one thing that stayed consistent was the appreciation of art and the power of perception. How you could take these situations and mold them into a positive, more direct manner and use them as motivational fuel. Although I tried to go against the grain and got in my fair share of trouble and fights as a teen, I always remained book smart and strategic. Since I had a very natural inclination to strategy, I figured the Marine Corps would be a perfect fit for my young aggression. One of my previous mentors was a Marine and he had no problem snatching me up by the collar when I wasn’t representing myself in a manner of becoming a young man in an urban area, so the idea really sat well with me of being that strong-willed man with a sense of morals. I went off to San Diego at 17 and never looked back. The 8 years of my enlistment went by relatively fast and a lot of personal issues started falling through the cracks from post-deployment issues, alcoholism, divorce, and the fact that I got $100,000 just to re-enlist at 20 years old definitely added fuel to the fire. By the time I had gotten out, I had been in and out of jail and I was genuinely an unhappy person. Somewhere along the way, I had lost that fire I had as a child and the most uncertain of the future I had ever been. All of a sudden I didn’t have a purpose. It was like I was going through another system again by going to college just to take general education classes. I knew something had to change. All the years of being bigger than the planet made me feel so small in the end. That’s when I really decided to humble myself, dig deep, and create a purpose. What came out of that was WVSH. Win Victories. Stay Humble. I wasn’t sure how but I knew I had to make my own destiny and it had to be in the arts or I wouldn’t be fulfilled. I had a brainstorm and a long convo with my mother and created a strategy that could hit all those requirements. I enrolled in pattern making classes, draping classes, Computer-aided design classes, illustration classes, sewing classes, painting classes, etc. Until I finally came up with designs solid enough to carry my message. With more hard work and dedication came more opportunities. I hope this brand can be that journey for so many others because through creating it I’ve discovered that not only am I not alone but that the people who believe in this genuinely want to see this succeed. WVSH is a story about not only me but countless young visionaries out there who want to get it right and are sacrificing bits and pieces of themselves along the way in order to get to a place they have never been.

Thanks to your donations to the FWSD Diversity Fund, WVSH will showcase an inspiring collection at the FWSD2020 Runway Shows. To support additional Designers, DONATE HERE!